The Golden Rule Building was first established as a department store in 1886. In 1891, the store was moved to a 3-story building on 7th Street and Minnesota, where it stands now, 85 East Seventh Place.  The Golden Rule Department Store holds a dear spot in the history of many St. Paul hearts and was at times referred to as the “The Santa Clause Store” because of the St. Nicolas figure in the store’s entrance during the holidays, and it’s large selection of toys.

During the early 1900’s, architect Clarence J. Johnston added new facades to the building. Johnston raised the original structure into its current six-story Neo-Classical Revival building with an elaborate cornice and classical detailing; he would later become the State of Minnesota’s Architect. In 1928, The Golden Rule Department Store was acquired by Hahn’s Department Store, the parent company to Donaldson’s. Until it’s closure in 1980, The Golden Rule Department Store became known as one of the top two department stores in the Twin Cities next to Dayton’s in Minneapolis. Golden Rule and Donaldson’s.

In 1983, the building was renovated into office space. The renovation honored the original architecture by Clarence J. Johnston while updating and highlighting features of the building, including the grand two-story atrium, St. Paul’s largest indoor park with fountains and benches, and the building’s finest features: the people who work inside. 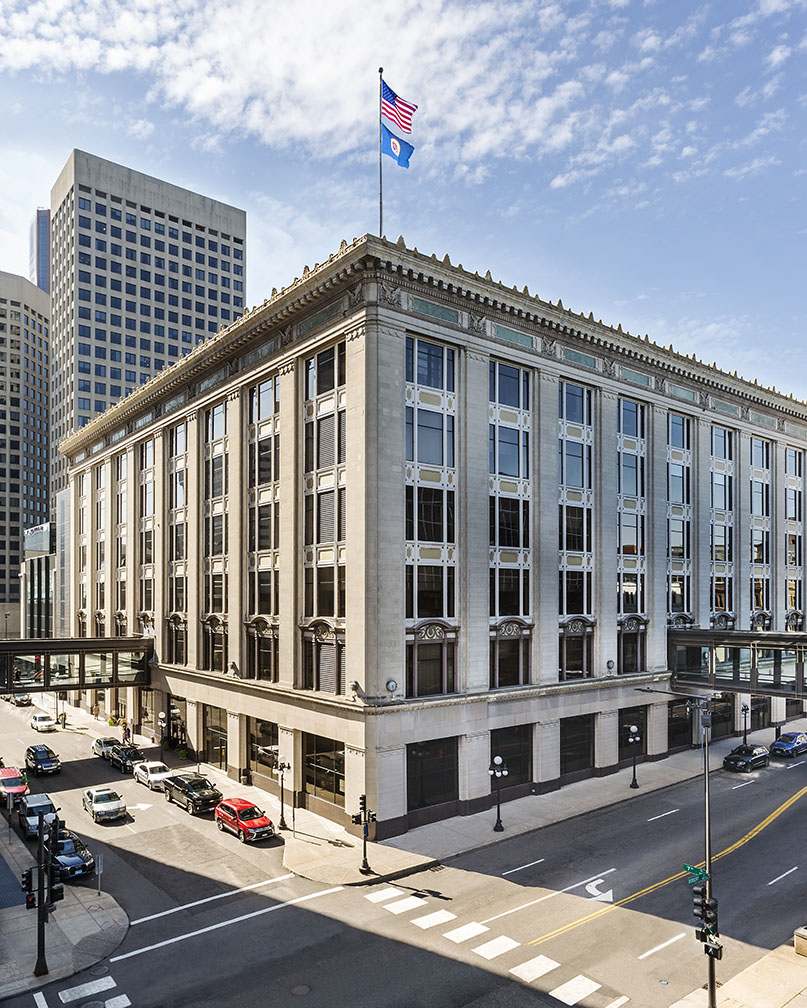